About Gary & his work

Gary Voth has enjoyed twin careers in photography and technology, both life-long pursuits.

An award-winning photojournalist, Gary is known for his intimate, candid style that brings out the essence of people and their passions. His work has appeared in Fortune Magazine, the Los Angeles Times, and USA Today among other leading publications. He has covered presidential campaigns, captains of industry, the Superbowl, and the Olympic Games. A renaissance communicator, Gary is also regarded as a gifted writer and designer when he is not behind the lens.

During his technology career, Gary held senior program management and marketing positions at software firms including Ashton-Tate and Microsoft Corporation. Gary was one of the first 500 Apple Certified Developers, and was cited by Bill Gates as a contributing “thought leader” in his best-selling book, Business @ the Speed of Thought. 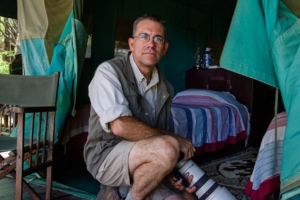 In my photography, I strive to capture something of the inner person and reveal the unique stories each of us has to tell. My twin loves of photography and technology have been passports to experiences I will treasure forever. Thank you for allowing me to share a bit of my work with you.